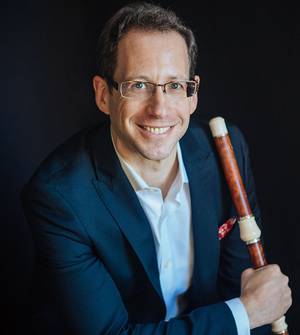 The American musicologist and performer Steven D. Zohn will receive the Georg Philipp Telemann Award on 27 March 2022 at a ceremony in Magdeburg. With this award, the state capital of Magdeburg honours the contributions of the American musicologist with regard to the establishment of modern Telemann research in the USA. The knowledge gained from Stephen D. Zohn’s publications and editions has advanced the internationalisation of the research on the baroque composer.
The winner of the 2022 Telemann Award has been associated with Telemann’s birthplace Magdeburg for many years as an active participant in international scholarly conferences, as an editorial board member and editor of the Telemann edition „Georg Philipp Telemann: Musikalische Werke“ (published by Bärenreiter), and as a member of the executive committee of the International Telemann Society. Zohn’s writings on Telemann have appeared in leading journals and reference works. He has edited several volumes of the composer’s instrumental trios and secular cantatas. He is also the author of “The Telemann Compendium” (2020), the first handbook on the composer in any language, and co-editor of “Telemann Studies” (to appear in 2022), which includes sixteen essays by American and German scholars. In addition to his scholarly research onTelemann’s works, Zohn is an active baroque flutist and has given new life to some of Telemann’s music by releasing a number of first recordings.