Concert with Matthias Pintscher on the occasion of his 50th birthday 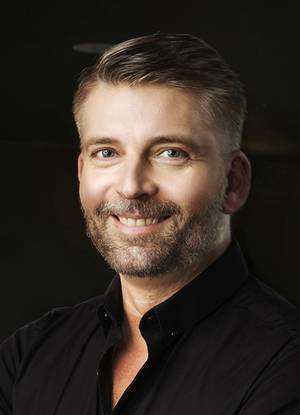 As composer, conductor, professor and curator Matthias Pintscher is one of the most versatile artists of his time – with a highly differentiated oeuvre encompassing important works for the leading orchestras worldwide and a broad repertoire. Composing and conducting complement each other perfectly. His deep understanding of scores from the perspective of the composer enables him to communicate not only through his works but also with the baton.

A partnership of many years connects Matthias Pintscher with the Concertgebouw Orchestra Amsterdam. The orchestra appreciates his impressive sense of colour and ambiences. In January Pintscher conducted his „songs from Solomon’s garden“
(BA 9772-72) with the baritone Georg Nigl in Amsterdam and combined the work with Ravel’s „Ma mère l'Oye“. On time for his 50th birthday on 29 January 2021 at 8 p.m. (CET), the programme is being video streamed – as a first performance in the Netherlands and birthday concert at the same time.

Looking towards the future: Pintscher’s new orchestral work „neharot“ will be premiered in August in Tokyo, followed by performances around the world in Dresden, Geneva, Paris and Los Angeles.
www.concertgebouworkest.nl/en/concert/pintscher-conducts-ravel