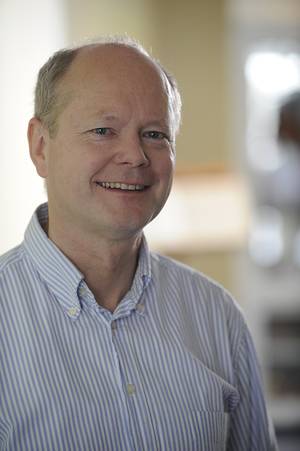 Wolfgang Thein characterises his work as an editor at Bärenreiter as follows: it brings together research and musical practice, and quasi acts as the interface between art and commerce. He started working for the publisher in 2004, initially as the editor for complete editions and editions of selected works. Three years later he also took on the responsibilities of the Director of the music editorial department. Previous to his work at Bärenreiter, Wolfgang Thein – who has a doctorate in musicology – was responsible for contemporary music at the publisher Breitkopf & Härtel in Wiesbaden and Leipzig.

He did not feel that the leap from the “very new” music into the realms of the “older” music of the classical composer greats was difficult, as his knowledge of music history was extensive. However, even Wolfgang Thein found new areas to discover at Bärenreiter, such as the complete works of Gluck or Berlioz. Wolfgang Thein has a special fondness for the Renaissance composer Gesualdo da Venosa. The fact that he succeeded in bringing the complete edition of the works of composer steeped in legends to Bärenreiter is viewed by him as a highlight of his professional career.

In addition to the indispensable specialist knowledge, the work as a music editor requires a high degree of coordination as well as a constant discourse and a mutual consensus with the editorial institutes and publishers. Maintaining economic viability and adhering to deadlines are just as important as the musicological content. To publish great works of music in impeccable editions in such a way that they offer not only scholars but also musicians all over the world the best possible basis for their interpretations, has been the goal of Wolfgang Thein's work. Many performances and rediscoveries bear witness to this.

Wolfgang Thein will retire at the end of June but will continue to supervise individual projects in a freelance capacity.