Start of the Tartini Complete Edition 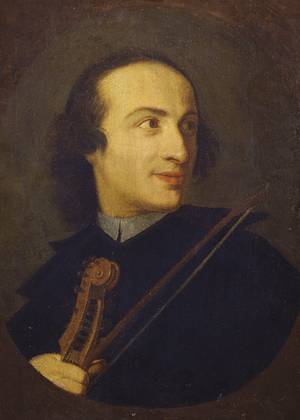 “L’edizione nazionale delle opere musicali di Giuseppe Tartini” marks the start of a new Complete Edition at Bärenreiter. It comprises the complete musical oeuvre of Giuseppe Tartini (1692–1770), one of the most famous composers and violinists of the 18th century, mentor to more than one hundred students from all over Europe. He was known as “Maestro delle nazioni”.

The edition of which Sergio Durante is the General Editor is based, for the first time, on a comparison of all extant sources: autographs, authorized prints, as well as copies. Straight-forward editorial guidelines ensure reliable musical texts. All volumes contain a Critical Commentary that defines the editorial guidelines and describes specifics of the respective work or group of works, always with reference to most recent evidence and the broader compositional environment of the “Maestro”. In addition, each volume includes a historical introduction examining relevant literary references in Tartini’s music as well as aspects of reception history and accounts by contemporaries of Tartini. The edition offers source descriptions, appendices containing alternative variants and readings, as well as a detailed commentary. The scores meet the highest standard of legibility.
Apart from the many works for violin, violoncello, and transverse flute, for both chamber and orchestral ensembles, the edition encompasses hitherto largely unpublished vocal music for liturgical or other devotional purposes. The complete edition is planned to be published in 25 volumes.

One series is dedicated to Tartini's didactic works. This complex of works includes “L'arte dell'arco" which is the first volume to be published in September 2022. L'arte dell'arco" consists of variations for solo violin on a gavotte by Arcangelo Corelli (with 19 previously unpublished variations).

Bärenreiter plans to publish Urtext performing editions of selected works by Tartini based on the Complete Edition.