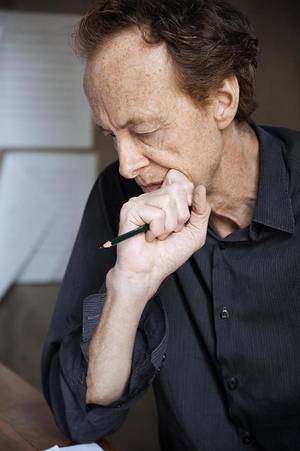 As part of the "Roche Commissions" series, the 12th edition of "Roche Commissions" will go to the Swiss-born Austrian composer Beat Furrer. He is one of the most sought-after representatives of his generation. The selection was made by Roche at the suggestion of Lucerne Festival's artistic leadership. The world premiere of his work will take place as part of the 2024 Summer Festival and Beat Furrer will also conduct the new work.

Beat Furrer (photo: EvS/Manu Theobald), who was born in 1954, studied conducting with Otmar Suitner and composition with Roman Haubenstock Ramati at the Hochschule für Musik und Darstellende Kunst in Vienna. In 1985, Furrer founded the renowned ensemble Klangforum Wien, which he led until 1992 and with which he has been associated as a conductor ever since. He was composer-in­residence at Lucerne Festival in 1996, then still known as the Lucerne International Festival of Music. Since the 1980s, his diverse oeuvre has ranged from solo compositions and chamber music to works for ensemble, choir, and orchestra, as weil as operas. He was awarded the Golden Lion at the Venice Biennale in 2006, and in 2018 he received the Ernst von Siemens Music Prize. His works have been performed at the Theater Basel, the Donaueschinger Musiktage or at the Staatsoper Berlin, Vienna and Hamburg. Since the Fall of 1991, Furrer has been a full professor of composition at the University of Music and Performing Arts in Graz.