Ludwig Finscher dies at the age of 90 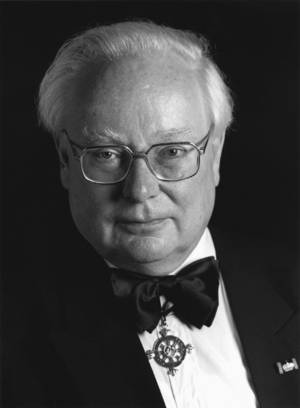 For decades he was one of the leading figures of musicology: Ludwig Finscher, who passed away in Wolfenbüttel on 30 June at the age of 90. He was born in Kassel on 14 March 1930 and studied musicology from 1949 to 1954 at Göttingen University, where he was awarded a doctorate in 1954 for his thesis on the masses and motets of Loyset Compère. He was on the staff of the German Folk Song Archive in Freiburg im Breisgau and private assistant to Walter Wiora from 1954 to 1955. The years from 1955 to 1960 saw him working freelance as a music and theatre critic in Göttingen. In 1960 he went at the invitation of Wiora to Kiel University as an assistant and in 1965 to Saarland University in Saarbrücken, where he habil-itated in 1967 with his thesis on “Das klassische Streichquartett und seine Grundlegung durch Joseph Haydn” (The Classical String Quartet and its Foundation by Joseph Haydn). From 1968 to 1981 he was a full professor at the University of Frankfurt am Main and then at Heidelberg University until he retired in 1995.

From 1961 to 1974 he was the editor of the journal “Die Musikforschung”. From 1974 to 1977 he was President of the Gesellschaft für Musikforschung, 1977 to 1981 President of the International Musicological Society; he is an honorary member of several societies, was awarded the Premio Balzan, the Grand Federal Order of Merit with distinction and is a member of the order Pour le Mérite.

His main fields of work were the music of Josquin-Zeit and the Viennese classical period. From 1988 to 2008 he was editor of the internationally renowned music encyclopaedia “Die Musik in Geschichte und Gegenwart” (Bärenreiter/Metzler). In addition to numerous mono-graphs, papers and essays, his writings include editions of such central works as Gluck’s “Orfeo ed Euridice” and Mozart’s “Le nozze di Figaro”.